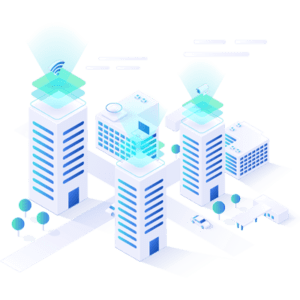 What is NLP (Natural Language Processing)?

What is NLP (Natural Language Processing)?

With the advancement of computer technology and voice recognition, there is often a question about what NLP (Natural Language Processing) is and how it works. In this article, we will look at what it is, how we use it, and how it helps us provide you with higher accuracy scoring.
While your initial thoughts may be drawn to voice analytics, that is not all that NLP can work with. The broad definition of natural language processing includes all types of language that humans use, namely text and speech.

What is Natural Language?

Natural language is the way that people communicate with each other on a daily basis. However, that doesn’t only include everyday conversations. Speech and text are around us all of the time. Everywhere you look, there is a text that someone is using to communicate with you. Whether that is personal, through text messaging, emails, letters, etc., or if it is less personal, in the way of signs, instructions on things that you have bought, or websites.

What is Natural Language Processing?

Natural language processing (NLP) is a branch of linguistics, artificial intelligence, information engineering, and computer science. Computers use that method to understand and interpret the language that humans use for interaction with computer technology. Furthermore, it is how a program analyses and processes large amounts of natural language data. The way that computers do that is not a new technology, though.
Natural language processing, while not new, is seeing a new era. The studies began in the 1950s, and honestly, it didn’t get as far as expected in the time they wanted it to. As time moves forward, we will see huge leaps in ability, coinciding with the computing power that is now available. When we look back at the differences between the computers of the 1950s and today, it is easy to see why there is such an increase in capability.
For example, Lisp (Locator/Identifier Separation Protocol), one of the earliest forms of NLP, ran on an IBM 704. Not only are the computers today vastly smaller in size, but they are also immensely more powerful.
However, with the introduction of contact centers and regulations surrounding them, the technology has needed to advance in recent years.
Some of the most common applications of NLP algorithms that you will already know about are Siri, Bixby, and Alexa. They all use NLP to take intention from your speech and turn it into action, whether that is in the form of creating a note, sending a message, or playing a song. Furthermore, they will analyse and use previous interactions to understand the user intent on a better level.
However, that action and understanding come not only through one piece of technology. Along with machine learning and deep learning, there are five other components to NLP:

Let’s take a quick look at what each of these is and how they help with NLP.

The morphological analysis looks at word components and meanings based on machine learning.
Morphological is looking at word formations and components. Not all words are as simple as they seem at face value, as many can be broken down into individual meanings. For example, if you were in a call center for a major chain restaurant, and you had a customer all telling you:

I am unhappy that the food was uncooked.

You instantly understand what they are saying. However, a computer needs to break that information down to understand it.

However, now all the computer sees is a bunch of nonsensical meanings added together to form a string of definitions. It still doesn’t fully understand the meaning of the sentence.
The lexical analysis looks at the meaning of each word in relation to the surrounding words.
Within the same call, you may have the customer tell you:

I want to address the manager with this issue.

Along with the morphological analysis, the computer needs to understand what each of those words means in relation to each other.
Take the word address, for example. That could mean a physical address, being where the manager lives or works. However, if the person wanted the physical address of the manager, the sentence would be:

I want the address of the manager for this issue.

The sentences are starting to make more sense, but more information is required.

This part of the NLP is where the computer starts to put the word meanings together. Providing that the structure of the words, after being broken down, conform to formal grammar rules that the computer has had programmed, and learned.
Now the computer program starts to look at parsing the phrases into clause brackets.
The way in which the computer does that is through using programmed patterns in language to disambiguate as many options as it can—therefore being left with the most common variants of meanings based on local language rules.
The more deep learning that a computer does, the more phrases it understands in context with another phrase. For example:

Ideas cannot be “green” as a color. So it needs to look at the sentence before it and understand that carbon offsetting is a “green (environmentally friendly)” idea.

The semantic step in NLP starts to look at the meaning of a sentence, instead of individual words. The easiest way to explain it is, syntactic analysis is the grammatical structure of the language, whereas the semantic is the actual meaning of the sentence.

Semantic analysis is a structure for assigning meanings of words. That structure is created through a syntactic analyzer and then transfers that sequence of words into structures that show how words connect together.
Semantics only focus on the literal, or dictionary meaning of words, phrases, and sentences. That means that the syntactic analyzer will always have assigned meanings to the words.

Discourse levels of NLP start to look at more than one sentence. The use of an anaphora resolution is the most significant part of this step.

I do not like this service provider. I am going to find another one.

In these sentences, only one would make sense on its own. I am going to find another one would mean nothing other than the person is going to find another “something.” That could mean that the person has already found a four-leaf clover, and is going to find another one, or any other second object, or third, and so on.
However, using anaphora resolution, NLP programs will see the two sentences together and work out that another means a different, and one implies service provider.
If we look back at the Syntactic Analysis step, Carbon offsetting holidays. It’s our greenest idea yet; it’s means Carbon offsetting holidays.

Pragmatic levels of NLP deal with the real-world meanings of communication. This section is where programs such as Siri, Bixby, and Alexa all excel in their capabilities. Not only can they breakdown the meanings of individual words and sentences, but they can also decide what the purpose of those words and sentences are.
Context is massively influential in this step, and it is something that computers only ever understand through deep learning. While in the case of Alexa and the other programs, user history is taken into account, in the case of call centers, there is no specific “user.” That is where the difficulties arise.

NLP is moving along at an immensely swift rate. Call Criteria’s system is one of the forerunners of systems within the industry, utilizing the latest technology to understand more words, phrases, and sentences within the English language, no matter which accent the caller has.
The same system learns through thousands of calls, all within separate industries, to understand user intent and requirements based on previous calls. The greatest thing about that system is it is ever learning and evolving into a better system than it was even yesterday. However, the knowledge and learning of the system means that it will be even better tomorrow.